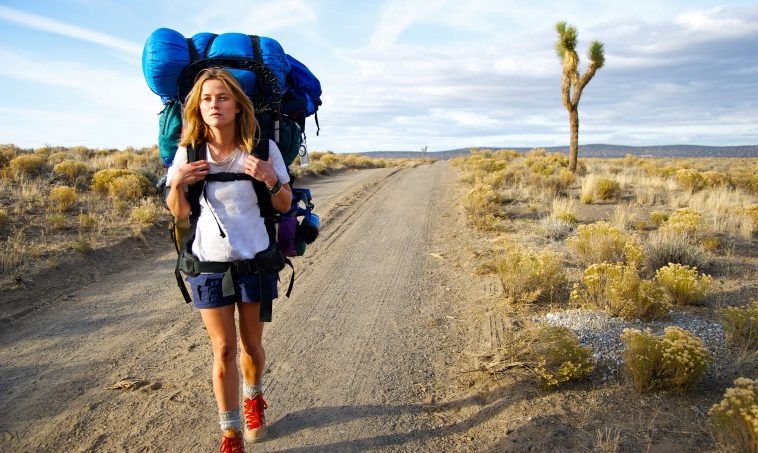 Ladies- Gather around for we have the ultimate list to stand by-The best women centric movies of all time. Women, in this day and age have realised their capabilities and they are now standing together for their rights. Today, the society stands together is giving equal rights and responsibilities to all the genders of the world.

So, here we have made a list of movies with a strong female lead. Women centric movies, though rare, are definitely there in the industry. So the next time you feel a little frustrated with the issues which surround women empowerment, make sure to head to the world of cinema. These ladies and these movies will show you how strong independent woman leads will change the world!

We have only considered Best Women Oriented Movies in Hollywood. These great female lead role movies are spread throughout the film industries crossing borders and boundaries will empower you and enlighten you.

Be it action movies with strong female leads, or movies about female entrepreneurs, all these films have a great market in the world of cinema. So, without further ado, you will find the movies about strong independent women in the sections which follow.

The Ultimate “I am a woman and I can take my own revenge” film which you need to watch when your confidence is down in the drain. Watch how the ‘The Bride’ finishes the people who put her in the four yearlong coma. The gory violence of the movie combined with a blatantly loud music makes it a spectacle unleashed.

The Deadly Viper Assassination Squad, and their leader Bill have to pay the price as this female icon does everything she can in her power to claw her way up to the revenge she deserves. Quentin Tarantino’s beautifully choreographed stunt scenes are sure to make you feel powerful and glowing from within.

Featured Quote: Those of you lucky enough to still have their lives, take them with you! However, leave the limbs you’ve lost. They belong to me now

2. Girl with a Dragon Tattoo

As a movie which breaks all stereotypes related to women and their grace and elegance, Lisbeth Salander plays a computer hacker who will make you go “wow”. With her edgy performance in the psychological thriller, Rooney Mara plays this character with such comfort that you will be shocked. The way she stabs, slashes and tattoos revenge on her enemy, is frightening but it’s almost impossible to look away.

Featured Quote:“Everyone has secrets. It’s just a matter of finding out what they are.”

3. Silence of the Lambs

Clarice Starling, who is a U.S. FBI trainee is on her mission to find the serial killer “Buffalo Bill” who terrorises the country with his blood-curdling killings. With the only person who could help her being the confined serial killer Dr. Hannibal Lecter. As she is stuck between the battle of allies and adversaries, this female FBI trainee is stuck in the body pile of innocents. But she paves her way out of this cadaverous show of death with the help of a multitude of things but mostly her own bravery and vigor.

Featured Quote: You wake up in the dark and hear the screaming of the lambs.

In one of the earliest scenes of the movie, where the villain breaks into his wife’s room, he finds this message sprawled across the floor “We are not things”. And this movie stands as a testament to the blows that women suffer when they are objectified and seen only as reproducing agents of the society.

The entire movie is a metaphor of women escaping patriarchy. It shows how women, when unravelling from knot of the male dominance, still fall to offences like childbirth, and more. Some may fall prey, but women kind as a whole will finally escape the shackles which tie women to men.

Featured Quote:We are not things

A beautiful transition from the White Swan who is an innocent Princess to a dark sensual Black swan is the main plotline of the movie. You will be enthralled and mesmerized as Nina Sayers (portrayed by the elegant Natalie Portman) moves ever so gracefully and fully embodies the white swan.

The main plot line begins when she fails to fully engulf the mysterious and dark Black Swan and she starts having visions and hallucinations of the impossible. With her final performance where she conquers her fears, she truly loses herself in the beauty of Ballet.

Featured Quote: Out here, Everything Hurts.

More of a family entertainment than a women empowerment movie, this film is cute and funny in all the right way. Little Miss Sunshine will bring all the warmth to your heart with the most innocent doubts a little girl living in this cruel society will possess.  With unforgettable quotes which remind you that the world is a foul play of patriarchal norms, you will definitely be inspired.

If you haven’t seen the movie and you wonder what these quotes are which we are talking about here’s one- “Its Okay to be skinny, Its okay to be Fat. If that’s what you wanna be. Whatever you want. That’s okay.

Though portrayed in a more “negative” light than a positive light, Maleficent is a strong female character who was played by none other than the queen herself, Angelina Jolie. She aced the role with spectacular performance where she kept the audience at the edge of the seat. With acting sequences unmatched, she delivered some of the best dialogues which again broke all stereotypes about women being kind and calm.

Don’t play with her, because she will have her revenge served hot on a platter. With outstanding quotes, everybody was swept away by the dark, lustrous skill of acting. Not going to lie, everyone must have felt that chill up their spine when she said “Keep begging, I like it!”

With the lead character Maya, played by Jessica Chastain features what people describe as the “greatest manhunt in history”. This film, based upon true events is about the search for the world’s most wanted terrorist of the time, Osama bin Laden.

The movie shows tenacity and vengeance women can rake upon when wronged. Jessica Chastain who plays the main character, travels through Pakistan, Afghanistan and Iraq hunting down one of the most wanted men in human history. Along the wat she survives multiple terror attacks displaying the kind of violence which only toxic masculinity can unleash.

Featured Quote: I am the Motherf*cker who found this place.

Wonder Woman comes up in this list because who doesn’t like a Woman Superhero? Though this 2017 movie was not quite out of the box, the character still steals hearts and inspires people across the world.

Gal Gadot still did a fabulous role in this film and people are continuously still drawn to this character. In a world dominated by male superheroes who rescue their female lovers falling from sky scrapers, Wonder Woman has got all of us covered for this time at least.

Featured Quote: Oh I don’t think you have ever seen a woman like me.

A powerful female (or anyone) does not rely on others to be happy. The movie “Wild” showcases this poignant truth as Reese Witherspoon steals the show with this character. A solo female traveler who finds true joy in travelling the world. What could be more awesome than that! This is truly the dream of every modern woman!

Whatever the society labels you as, you can break free from this and find the best way to come out of the stories which bring you down. This movie teaches us that you are not bound by your past forever, for the minute you decide to break free from the shackles that enslave your mind, you have attained true happiness.

Featured Quote: There’s a sunrise and a sunset everyday, and you can choose to be there for it.

Hope you liked this article about the best women empowerment movies of all time. If you did, make sure to share this article with everyone, irrespective of their gender. This is because we are all in this together. If you have any movies which we missed out, make sure to comment down below and we will update our list or make a part 2!