The former One Direction Lead Singer Harry Styles came out with his new album a few weeks ago and needless to say, there are some mind-blowing songs on the list!

Although Harry Styles proved his mettle even while being in the iconic pop-band- 1D, his solo endeavours comprise of some of the best songs he has ever written or sung.

Whether it was his debut, self-titled album or his latest album Fine Line, Styles blew the audience and the critics away with his music.

So, here we have compiled a list of Harry Styles’ Best Songs. Out of all his solo undertakings, these are some of the best Harry Styles Songs till date!

“Kiwi” is a classic, indie rock anthem that shows a new side to Harry which was never seen in the One Direction era.

Packing in a powerful entry and some serious Alex Turner vibes, Kiwi is irrefutably a mood lifter.

This song definitely deserves to be in the List of the Top 10 Songs by Harry Styles!

It’s New York, baby, always jacked up
Holland Tunnel for a nose, it’s always backed up
When she’s alone, she goes home to a cactus
In a black dress, she’s such an actress

Song Number 1 on his tracklist, Styles asserts that this song is very close to his heart.

Although there are people who claim that it is the chef-d’oeuvre of his career, there are other songs in his albums which deliver more of an instant punch.

So, out of all Harry Styles Songs Ranked, Golden occupies the 9th position.

I know you were way too bright for me
I’m hopeless, broken, so you wait for me in the sky
Brown my skin just right
You’re so golden

Two Ghosts has a prominent place among the Top Hits of Harry Styles as this song garnered him a huge chunk of his current fan-following.

This song is pretty slow and sweet but it did not give Harry much opportunity to flex his vocal capacity.

Styles has never confirmed nor denied these buzzes, but whatever it is, the song definitely rings a bell of familiarity.

7. From The Dining Table

From The Dining Table is a lesser heard number from his premier album but although unheard, this tune is equal parts soulful and relatable.

But one thing is for sure. The song does make us wonder-

Who are Harry Styles songs about? Who is Harry so passionately singing and writing about?

Yes, we all wish we could know.

We haven’t spoke since you went away
Comfortable silence is so overrated
Why won’t you ever be the first one to break?
Even my phone misses your call, by the way

This song and its music video are proof that Harry Styles has focused on trying new genres after the One Direction hiatus!

This song does have some very mystical elements in its video, like the magical island of Eroda which is perennially covered by clouds!

Definitely ranks in the Top 10 Harry Styles Songs of all time.

Walk in your rainbow paradise (Paradise)
Strawberry lipstick state of mind (State of mind)
I get so lost inside your eyes
Would you believe it?

Which song made Harry Styles famous?

Well, it is well known that Sign of the Times had an overwhelming share in Styles’ solo career taking off.

The song topped the billboards instantly and is still considered to be one of the biggest hits of Harry Styles’ career.

Part of his debut album, “Sign of the Times” has an ethereal music video and shows the true evolution of a person who has grown by experimenting and experiencing.

Far from the façade of contemporary, auto-tuned tracks, Falling features a crisp but emotionally heavy set of vocals from Harry Styles.

Listening to the track feels as if it was freshly recorded, without layering it with the usual mechanical tone.

Seems like it’s Harry Styles and his piano presenting to you the most painful ballad of self-realization. Straight from his heart!

I’m in my bed
And you’re not here
And there’s no one to blame but the drink and my wandering hands
Forget what I said
It’s not what I meant
And I can’t take it back, I can’t unpack the baggage you left

Hinting towards his possible queerness, Lights Up Music Video portrays a much more confident and comfortable Harry Styles.

The music video shows a man who is comfortable in his own skin, making it undisputedly one of the best Harry Styles music videos of all time!

After the famous pop band dismantled, Styles has experimented with a lot with his wardrobe and his looks, making more of the so-called “Feminine” fashion choices.

Destroying one label at a time ­– We are here for it!

“Wherever I go, you bring me home”

What can be sweeter than this line?

An innocent, unassuming song about love and relationships, Sweet Creature is an evergreen hit from Harry’s first self-titled album.

“Cherry” has a way of resonating all the way back to you the very first time you listen to it.

With repeated plays, the heartfelt lyrics and the soulful voice sink into you, leaving an indelible mark on your music taste.

And the final voice note of his ex-girlfriend perfectly culminates this wondrous melody, making it #1 on the List of the Best Harry Styles Songs of all Time!

These were some of Harry Styles Best Songs.

I, I confess I can tell that you are at your best
I’m selfish so I’m hating it
I noticed that there’s a piece of you in how I dress
Take it as a compliment

Harry Styles, who is known for releasing banger after banger will be back with better songs. But till then, these were some of Harry Styles Best Songs from his first and second album.

If you wish to see more articles about the best songs from various other artists, check out our other articles as well @ TopTensList.com. 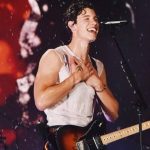