Wondering why you aren’t winning chicken dinners of late? Then this list of Advanced tips and Tricks for PUBG Mobile is sure to help you out on that end!

The thing is, as you move upwards through the ranks in PUBG, the game keeps on getting tougher. This makes some of the basic tricks that you used at the Silver, Gold and Platinum levels of PUBG irrelevant in the highly competitive Diamond, Crown, and Ace Tiers.

As such you need to pay attention to a few facts about certain items in the game. Similarly, you also need to improve your understanding of some of the core game mechanics. Do you really think that the M416 is the best weapon for any situation? Do you panic when you see that you have landed way too far from the play zone?

As a matter of fact, the M416 is not the best weapon for ALL situations just as making it through the first circle is a piece of cake. Keep on reading for more facts just like this which are sure to help you out of many sticky situations in PUBG Mobile.

The blue circle decreases 8 times per Game. The damage dealt by the circle increases as it progresses through these contractions. The first blue zone does very little damage while the last blue zone is punishing.

Once the game reaches the Circle eight stage, the white circle marking the play zone will disappear. The blue Circle will now remain stable for 3 mins after which it will begin a countdown for 15 secs. At the end of this countdown, the Blue Circle will once again shrink and leave no play-zone behind. Thus forcing the players to engage or else die as their health will be drained very quickly.

The smoke grenade is one of the most underappreciated items in PUBG. Often times the Smoke grenade is simply ignored in order to save bag space for its elder sibling the Frag Grenade.

The Frag Grenade is definitely very handy as it can be used to flush out enemies and also to cause high damage to entire squads. The Smoke Grenade, on the other hand, doesn’t do any damage but it increases your chances of surviving in PUBG.

And isn’t that what PUBG is all about! To win that chicken dinner you have to make it till the end game.

You should manage the clutter of buttons on your screen while playing PUBG Mobile. Often times you will have to make snap decisions about switching weapons or using grenades. Make sure that you have quick access to all these buttons.

The best way to ensure that you have quick access is to group frequently used buttons together. Try grouping the eye button and the direction analog close to each other so you don’t have to move your fingers too much when playing.

This is just a suggestion of course. Different people play the game in different ways. The same applies to what suits the comfort level of players. So, try finding a good button scheme that suits your playstyle because the generic ones offered by PUBG Mobile are really not that smart.

Perhaps the most important attachment in PUBG Mobile! The suppressor is a must have in every game.

The added recoil dampening of the compensator is always appreciated but nothing beats the stealth feature of the suppressor. On a game that puts such emphasis on survival, keeping your location concealed when you shoot is perhaps the easiest ways to get that Chicken Dinner.

SMG and AR Suppressors muffle your gunfire sound significantly. SMG suppressors are far more common than AR Suppressors. So a PUBG Pro Tip is to drop an Assault rifle in favor of an SMG in case you have found an SMG Suppressor.

Basically, make sure that you are always carrying around a suppressed weapon. It’s good if you have a Suppressed AR. But if not, you can really sacrifice the AR for a suppressed SMG which is much more easy to build.

Try out this tip and see how it completely changes you end game performances!

Most of the times players simple select their Frag Grenade and toss it into the house they are about to enter. Really that’s grenade usage in a nutshell. But what you don’t realize is the versatility that exists in grenade gameplay.

Firstly if you are certain of the location of your opponent, you should time your grenade such that it explodes immediately as it reaches them. All PUBG players must by now, know that there is a timer to the Grenade Explosion. Each Frag Grenades take 5 seconds to explode.

This means if you simply toss it behind a rock where your foe is holed out, then it effectively gives them 3-4 seconds to move away from the blast radius. Thus rendering the grenade useless.

On the other hand, if you and your squad see an enemy squad camped within a house then you should toss the grenade without timing it so you can flush out the enemy squad into your waiting ambush.

Try using Grenades in these creative ways so that you up your chances of victory whilst having some fun on the side. Grenade kills are the most satisfying kills in PUBG.

In close range combat, spraying bullets at your foe is often the ideal method to dole out a quick death. But, it is easier said than done when you aren’t using a Vector or a UMP.

Guns like the AKM and the Groza are notoriously difficult to control when spraying. These weapons don’t even have a burst fire mode on offer. Most players simply refuse to carry an AKM unless and until there is no other option available.

What you don’t realize is that high recoil weapons come with great perks. The AKM does the highest damage out of all the Assault Rifles in the game. The Groza and the M249 Machine Gun deliver an absolute lead sandwich at any foe who happens to be unfortunate enough to get caught between the crosshairs.

There is a very simple way to control the recoil of your weapon, although it does take some practice. You will notice from the image below that all weapons have a more or less predictable vertical recoil pattern.

You can control this by moving your fingers downwards slightly as you fire. In a sense try to counteract the upward movement of your weapon with the downward movement from your aiming finger.

The degree to which you have to move your fingers down varies from gun to gun. This is where the practice part comes in. Try practicing this new trick in the PUBG Mobile Training Arena and soon you will become a deadly adversary at close distance.

Have you ever wondered what each of those attachments that you see strewn around the map actually does?

Well then look no further as we have listed down all the attachments along with their functions below. Some of these attachments can be the difference between a win and a loss in this game.

There is an attachment for most situations and the very best players carry around multiple attachments and switch them on the fly based on what the situation calls for.

Bag space is one of the most important things that you have to manage in the game. It is not uncommon to see players throw away items in order to make space in their backpacks for more important items like scopes and grenades.

All players who are serious about their chicken dinner, please check out the list of Gear provided below. Most players just know that the Lvl 3 Vest is better than it’s Lvl 2 sibling just because it has a bigger number. The same also applies to the Health packs and bags.

If you really want to take your PUBG skills to the next level, then you need to know the stats that accompany all of these pieces of gear. This way you will know what to keep and what to throw away. Also essential is switching between items when as the situation changes.

This trick needs you to pay attention to the Flight path of the Airplane you jump out of. Of course, this tip is for the player who likes to stay away from the action and prefers a slower start to their game.

If you see that the flight path is really far away from the military base or other high traffic areas like Pochinki, School or Georgopol then your priority when jumping out of the plane should be to find a vehicle quickly.

As you are landing, keep looking down along roads in order to spot a vehicle. As soon as you see one, land towards it immediately. take the vehicle and move towards the furthest loot heaven on the map like one of the locations we mentioned above. This way you can Loot in peace without the threat of bullets raining on you from all directions.

Let’s say for example that the plane flew along the length of the Military Base which means it was very far away from Georgopol. If you land somewhere with a vehicle nearby and drive all the way to Georgopol then you can have the first bite of a really big apple.

Don’t worry about the play area as the first circle will never do enough damage to really hurt you. And as you have already found a vehicle, you won’t face many difficulties getting to the play zone either.

Start applying some of these advanced PUBG Mobile Tips and Tricks in your battles on the island and rake up those kill counts and keep munching on chicken dinner. Do you have any tips and tricks you would like to tell us about? Feel free to comment down below and if your PUBG Trick is really interesting, we may even add it on this list with your name! 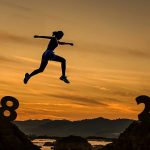 Pro PUBG Tactics: Easy Tips and Tricks to take your PUBG Mobile Skills to the Next Level